By Kentucky SecuredOctober 28, 2022No Comments

You should install smoke detectors on every floor of your home. But you can also take it a step further and install more devices in the rooms that you use the most. For example, you may choose to install a smoke detector in your bedroom.

If you have a ceiling fan, then you might be wondering: where are you supposed to install the smoke detector? Do you install it next to the fan? On the wall? Or should you skip the detector altogether? Well, this blog post will answer this question and others, helping you make your home safer.

Smoke detector placement in bedroom with a ceiling fan

If there is no room on the bedroom ceiling, then you can install the detector on the wall (the higher, the better). Remember, heat rises –  so, typically, the higher the alarm is positioned, the better.

Alongside installing detectors in your bedroom, you can also install these all around the home for added safety and increased peace of mind.

Should you install smoke detectors in kitchens?

No, you should not install smoke detectors in the kitchen.

Kitchens often generate a lot of smoke from cooking which will cause the alarm to trigger. Instead, it’s a better idea to install heat alarms – these will go off when a certain temperature is surpassed.

Heat alarms are only really suitable for rooms where smoke is generated, and a smoke alarm would not work.

Yes, ceiling fans can negatively affect smoke detectors. The faster the fan, often the slower the response from the smoke detector.

If you are using a fan, it’s recommended to use it at lower speeds. If the fan is also located too close to the blades, then it may cause the alarm to trigger falsely. So, it’s all about getting the right placement.

If you’re unsure, it’s best to ask a professional to install your detectors.

Most smoke detectors are battery-powered. You may have hard-wired detectors, but these are slowly becoming a thing of the past.

And while batteries are more convenient, you need to check them regularly and change the batteries when needed. At the very least, you should check that your alarms are working once a month, but ideally once a week.

If the detector starts repeatedly beeping every few minutes, this is usually a sign that the batteries need to be changed.

We recommend installing smoke detectors in the bedrooms of your home, even if they contain ceiling fans. However, the placement of the fans is crucial. Place the detector at least three feet away from the fan. If this is not possible, you can mount the smoke detector on the wall – ensure this is also away from the blades (and the fan), but not too low, as this may also cause the alarm to trigger falsely.

We’ve put together a few frequently asked questions on the best practices for smoke detectors and heat alarms.

Should you install smoke detectors in the basement?

Yes! You should install detectors on every level of your home, the basement included. It’s better to be safe than sorry.

How many smoke detectors do you need?

Ideally, you should install at least one smoke detector on each level of your home. However, you can also install more devices in the rooms you use the most, such as the sitting room or bedrooms.

Where should you not install smoke detectors?

What is the best place to put a smoke detector?

The best place for a smoke detector is on the ceiling on every level of your home. The more, the better. 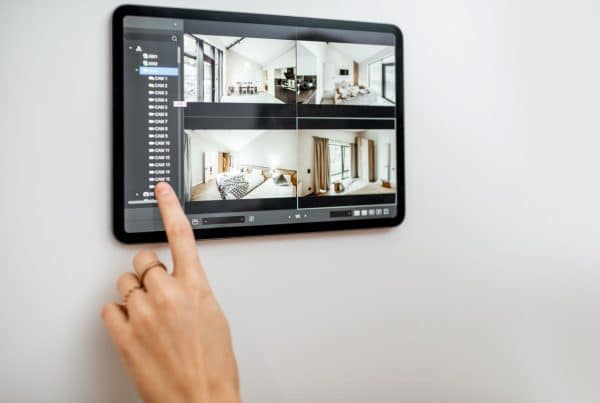 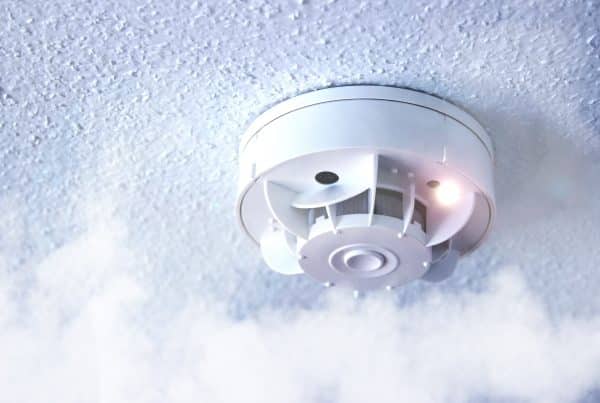 Why Did My Fire Alarm Go Off Randomly? 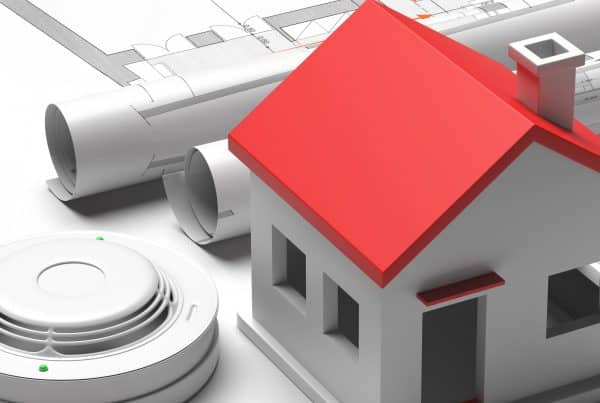 What is the Best Place to Put a Smoke Detector?